Soil health for the common good

Soil health for the common good

Though humans thrived here for millennia without planting seeds or herding animals, the phenomenal success of California's short-lived agricultural experiment is staggering on a planetary scale,and represents barely over a century of building the highly productive food systems that benefit us all today. The farmers who manage the fields, orchards, and vineyards of our Golden State contribute greatly to the common good by providing abundant food from an astonishing variety of crops. Yet,present and looming challenges of water supply, climate change, air quality and the long-term fertility and sustainability of California's agricultural soils threaten continued productivity.  Such challenges compel farmers, researchers, and the private sector to pursue creative soil management innovations that harmonize with the biological foundations of resource use efficiency, if California agriculture's future productivity is to be safeguarded.

This soil health initiative which is based on principles including deliberater eduction of soil disturbance, generating and preserving surface residues from a broadened diversity of plant species that are grown to enhance active soil biology and capture maximum solar energy over time, is undoubtedly having clear impact in many regions of the country. Within California, over the past four years, NRCS has provided some $5.4M in cost-share payments for soil health-related conservation practices to 172 applicants.California Department of Food and Agriculture's (CDFA) Healthy Soils Program,launched in 2017, is designed to generate similar impacts and benefits (https://www.cdfa.ca.gov/oefi /healthysoils/Indeed, CDFA has invested over $50M and  to support 307 projects that incentivize adoption of these core soil health management practices.These two government programs are complementary, with NRCS incentivizing voluntary adoption and CDFA supporting a broader range of on-farm research costs and activities beyond simple practice implementation.

Observing our State's annual cropland – the many bare, open fields we drive by when we're out in the country – the fact of the matter is that woefully few examples of the successful  integration of these basic soil health principles are apparent across California's immense farmscape.  By and large, the very same tillage-intensive, high-disturbance soil management practices that have been employed for 90 years in most crop fields are still being used today

“When is the last time that you actually saw a no-till, high-residue field anywhere in CA?” asks Jeff Mitchell of UC's Conservation Agriculture Systems Innovation Center.“Whenever we host out-of-state folks who've themselves pioneered soil health practice implementation back home, they are astonished by the outright sheer intensity of tillage disturbance and lack of protective residue cover in our State's annual crop fields.”

Government programs approach things in a piecemeal way.  The full complement of integrated soil health principles are not being implemented in very many of either USDA's or CDFA's programs.  Where cover crops are encouraged, they end up typically being plowed back into the soil by full-on disruptive tillage.  That costs money and it flies in the face of the avowed comprehensive systems goals for soil health management that these agencies endorse.Piecemeal government incentives might contribute to a very gradual forward movement of California's food production systems, but they represent incremental, “practice substitution” progress at best.  These efforts lack a broader systems rationale for change.

A far more ambitious effort though, is now underway that goes well beyond these fragmented government initiatives. It involves a small group of organic farmers who themselves realize that core soil health, or conservation agriculture principles can make not only ecological, but also economic sense. These folks are looking far beyond cashing in on government rewards. They understand that evolving a natural systems agriculture has been their modern organic movement's holy grail since its 20th century inception.On all fronts, this group realizes whatas Pennsylvania no-till and cover crop farmer, Steve Groff points out, “You'll become obsolete if you're not future-proofing your farm ahead of not only environmental imperatives, but also market and consumer demands.”

This California farmer group might be leading a revolution - but as David Montgomery, author of Growing a revolution – Bringing Our Soil Back to Life, says - it is a movement that “is growing bottom-up, fueled by individual farmers rather than governments, universities or environmental advocacy groups.”  Their innovation, which involves year-round soil cover, greatly reduced disturbance tillage, and integration of grazing animals into crop fields aims to enhance the health of their soils, the health of their farms and the quality of the food they produce. Data compiled from project's early stages demonstrates that sustained long-term 'natural systems mimicry' these farmers have used over decades resulted in improvements in a number of key soil health properties including carbon storage, water holding capacity, and crop nutrient availability.

An underlying challenge that these farmers face, as does all of agriculture, was addressed by Guinda organic vegetable farmer and member of the project,Paul Muller,  “We are at a point where many people are asking how our farming systems can do more for the common good.  Long-term stewardship and soil health is a common good; careful water stewardship enhances the common good; finding economic strategies to support and nurture those who grow our food and steward our resources for the long-term is a common good; capturing more carbon with cover crops and reduced tillage to feed a teeming microbial universe underfoot is a common good.Clothing naked soil and minimizing dangerous pesticides in our food system is a common good; growing nutrient-dense food is a common good. It is all related, and companies can invest in an equitable supply chain where these common good values are properly rewarded. The question remains: ‘Who pays for the defense and enhancement of the common good?'"

This is not going to be an easy question to answer.  Three members of the group recently met with representatives of fifteen major US restaurant chains to begin a dialog aimed at exploring what will be needed to reform our current food system in ways that promote soil, farm, and human health, all while enabling farmers to continue to innovate and develop the alternative systems that we will all need. Project farmer Tom Willey may have surprised the listeners with his summation: “We find ourselves in the current predicament because we get what we pay for. Good food isn't cheap, and cheap food isn't good.” 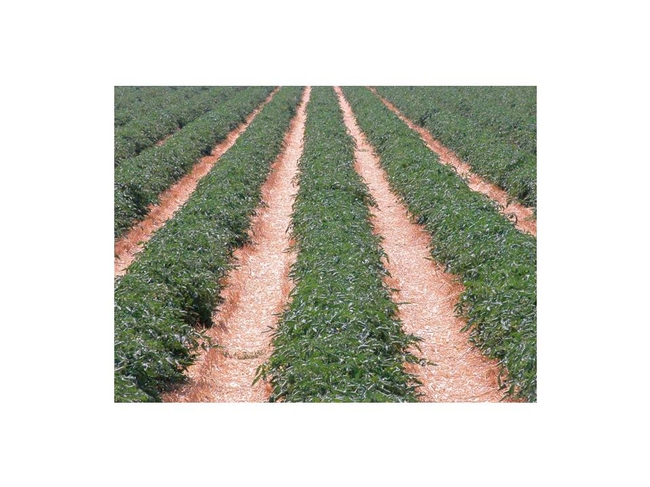 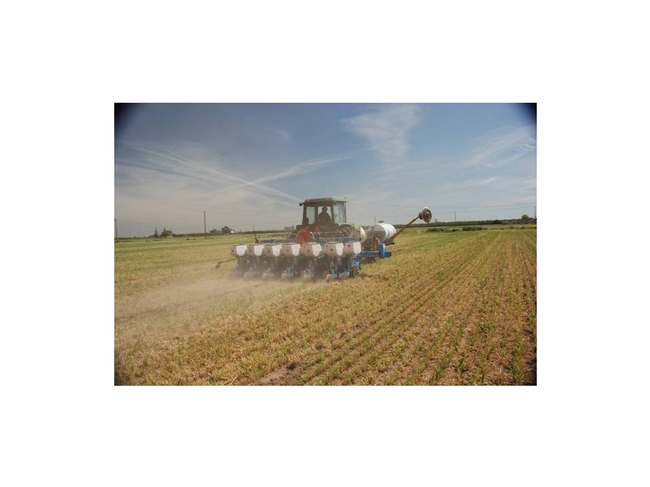 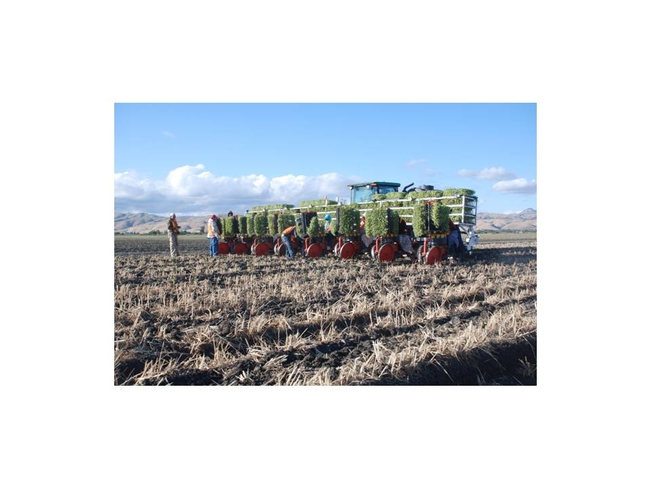